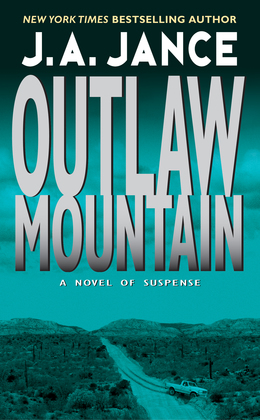 Alice Rogers, an elderly widow, is dead, found murdered in the Arizona desert. It's easy enough to pin the killing on the teens caught driving her car across the Mexican border, but Sheriff Brady isn't about to let it go at that. Alice was something of a free spirit, with a penchant for Scotch, the glitter of Las Vegas, and a romance with a man twenty years her junior. Her hot-tempered daughter Susan suspects Mom's boyfriend—her former handyman who moved in instead of moving on when he finished his handy work. Now Susan's furious at her brother Clete, the do-nothing mayor of Tombstone, blaming him for not protecting their inheritance by breaking up their mother's winter romance.

Yet all is not as it appears to be, and Joanna is forced to put her personal life on hold to dig deeper into Alice's death, the lives of her greedy offspring, and the identity of her mysterious gentleman friend. And as the investigation gets sidetracked by ugly local land disputes, it takes some troublesome twists and turns, until Sheriff Brady finds herself wading through a murky morass of graft and corruption that may have given someone reason to kill—and kill again.