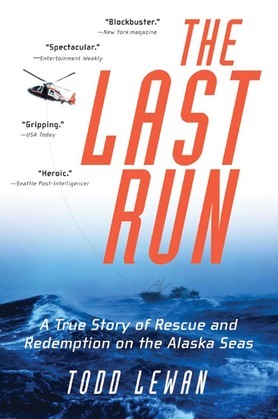 The Last Run: A True Story of Rescue and Redemption on the Alaska Seas

It was a desperate mission that made front-page headlines and captured the attention of millions of readers around the world. In January 1998, in the dead of an Alaskan winter, a cataclysmic Arctic storm with hurricane-force winds and towering seas forced five fishermen to abandon their vessel in the Gulf of Alaska and left them adrift in thirty-eight-degree water with no lifeboat. Their would-be rescuers were 150 miles away at the Coast Guard station, with the nearby airport shut down by an avalanche.

The Last Run is the epic tale of the wreck of the oldest registered fishing schooner in Alaska, a hellish Arctic tempest, and the three teams of aviators in helicopters who withstood 140-mph gusts and hovered alongside waves that were ten stories high. But what makes this more than a true-life page-turner is its portrait of untamed Alaska and the unflappable spirit of people who forge a different kind of life on America's last frontier, the "end of the roaders" who are drawn to, or flee to, Alaska to seek a final destiny.