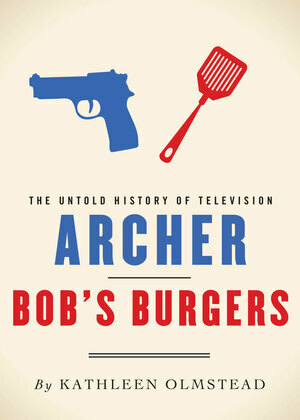 The Untold History of Television provides an exciting glimpse behind the scenes of two groundbreaking series that have defined the landscape of popular culture.

Bolstered by the successes of shows like The Flintstones, The Simpsons, Family Guy, King of the Hill, Beavis and Butt-head and South Park, animated television shows aimed at audiences outside of the Saturday morning cartoon crowd are growing in popularity. Fox Television’s Bob’s Burgers and FX’s Archer are just two examples of the increasing presence of animated shows on network television and the growing size and diversity of the audiences captivated by these cartoon comedies. Archer and Bob’s Burgers share more than just a lead actor; they also rise from a shared history—one that is based on a foundation created by the crass and witty cartoons that came before them.

The ebook contains information about the inception and development of both series, thought-provoking episode analysis, and on-the-set stories about the cast and crew.