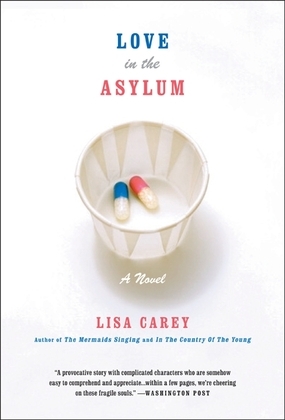 Love in the Asylum

From an author whose work has been called 'haunted and joyous and heartbreaking all at once' (Washington Post Book World) comes an unforgettable novel of two lost souls who find love and salvation against all odds.

Can love save those who believe they are beyond redemption? In and out of a swank north–eastern rehab centre more than a dozen times in ten years, Alba Elliot, a 25–year–old children's book writer and manic–depressive, believes she is a hopeless case. But an unlikely relationship with Oscar, a 30–year–old drug addict whose 'recreation' has cost him everything, and a century–old story hidden in the institution's library bring about changes that Alba could never have imagined.

Brought together by fate, influenced by forces as beautiful and powerful as they are unforeseen, Alba and Oscar will slowly rise from the ashes of despair and self–destruction and, in the midst of righting an old wrong, begin to heal their battered spirits. A beautifully crafted, heartfelt tale of tragedy and triumph, Lisa Carey's moving third novel is a testament to the surprising resilience of the human heart.