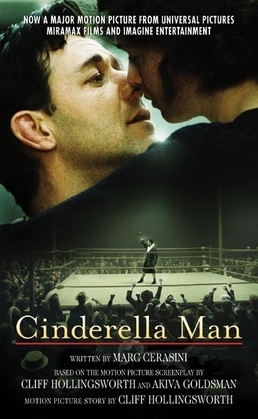 Set in New York in the Depression, this is the story of Jim Braddock, who takes up boxing to make money to feed his family, and eventually goes up against champ Max Baer, notorious for having killed two men in the ring.

James J. Braddock, born in New York City, was known locally for his thunderous right hand and successful amateur boxing career. After turning professional, he defeated foe after foe, and his rapid rise from obscurity earnt him the nickname, the Cinderella Man. He was given a shot at the world light heavyweight title against champion Tommy Loughran in 1929, but lost in a 15–round decision. Following that defeat and the stock market crash of 1929, Jim Braddock struggled to win fights and provide for his young family.

Eventually Jim's luck turned. In 1934 he had upset wins against Corn Griffin and John Henry Lewis. With these two wins, Braddock set himself up for another shot at the world title – against heavyweight champion, Max Baer. On 13 June 1935, as a 10 to 1 underdog, Jim took the world title from Max Baer in what was described as, 'the greatest fistic upset since the defeat of John L. Sullivan by Jim Corbett'. Braddock would lose his heavyweight title two years later in an eight–round KO to 'The Brown Bomber', Joe Louis. Jim was inducted into the Ring Boxing Hall of Fame in 1964, the Hudson County Hall of Fame in 1991 and the International Boxing Hall of Fame in 2001.