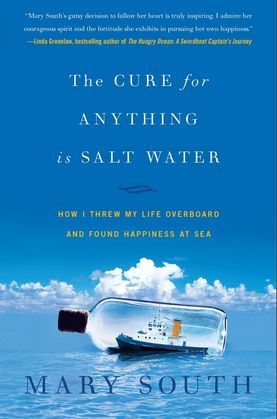 The Cure for Anything Is Salt Water

At forty, Mary South had a beautiful home, good friends, and a successful career in book publishing. But she couldn't help feeling that she was missing something intangible but essential. So she decided to go looking for it . . . at sea. Six months later she had quit her job, sold the house, and was living aboard a forty-foot, thirty-ton steel trawler she rechristened Bossanova. Despite her total lack of experience, South set out on her maiden voyage—a fifteen-hundred-mile odyssey from Florida to Maine—with her one-man, two-dog crew. But what began as the fulfillment of an idle wish became a crash course in navigating the complicated byways of the self.