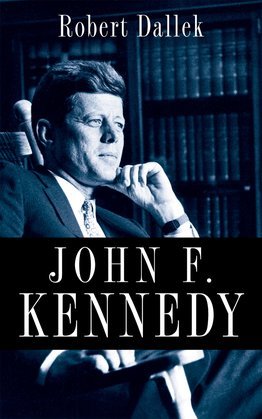 Robert Dalleks masterful John F. Kennedy: An Unfinished Life was a number one national bestseller, and it remains the most widely read one-volume biography of the 35th President. Now, in this marvelous short biography of John F. Kennedy, Dallek achieves a miracle of compression, capturing in a small space the essence of his renowned full-length masterpiece. Here readers will find the fascinating insights and groundbreaking revelations found in An Unfinished Life. The heart of the book focuses on Kennedys political career, especially the presidency. The book sheds light on key foreign affairs issues such as the Bay of Pigs debacle, Khrushchevs misguided bullying of Kennedy in Vienna, the Cuban Missile crisis, the nuclear test ban, the race for space, and the initial dealings with Southeast Asia, especially Laos. It also highlights the difficulties Kennedy faced getting a domestic agenda passed, from a tax cut to spur the economy, to federal aid to education, Medicare, and civil rights. Dallek reveals the thinking behind Robert Kennedys appointment as Attorney General and convincingly argues that Kennedy would never have expanded the war in Vietnam the way that Lyndon Johnson did. The book also addresses questions about Kennedys assassination and concludes with his presidential legacy and why he remains so popular despite serving only a thousand days in office. Based upon the definitive biography, John F. Kennedy offers readers a concise, authoritative, and highly readable life of one of our best-loved presidents. Acclaim for John F. Kennedy: An Unfinished Life: One of the most engrossing biographies I have ever read.... Nothing less than a masterpiece. --David Herbert Donald, author of Lincoln Its hard to believe that someone could find anything new to say about John F. Kennedy, but Dallek succeeds in this riveting and well-documented biography. --The New Yorker An intimate portrait indeed...unexpected and important.... This is nothing if not a profile in courage. --New York Times Book Review