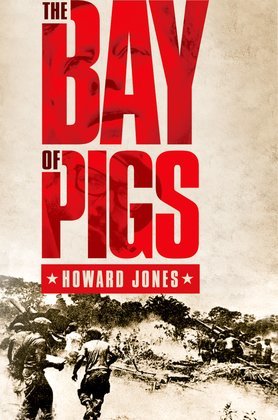 The Bay of Pigs

In The Bay of Pigs, Howard Jones provides a concise, incisive, and dramatic account of the disastrous attempt to overthrow Castro in April 1961. Drawing on recently declassified CIA documents, Jones deftly examines the train of missteps and self-deceptions that led to the invasion of U.S.-trained exiles at the Bay of Pigs.
Ignoring warnings from the ambassador to Cuba, the Eisenhower administration put in motion an operation that proved nearly unstoppable even after the inauguration of John F. Kennedy. The CIA and Pentagon, meanwhile, both voiced confidence in the outcome of the invasion, especially after coordinating previous successful coups in Guatemala and Iran. And so the Kennedy administration launched the exile force toward its doom in Cochinos Bay on April 17, 1961. Jones gives a riveting account of the battle--and the confusion in the White House--before moving on to explore its implications. The Bay of Pigs, he writes, set the course of Kennedy's foreign policy. It was a humiliation for the administration that fueled fears of Communist domination and pushed Kennedy toward a hardline "cold warrior" stance. But at the same time, the failed attack left him deeply skeptical of CIA and military advisers and influenced his later actions during the Cuban missile crisis.