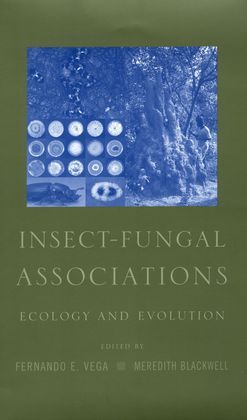 Insects and fungi have a shared history of association in common habitats where together they endure similar environmental conditions, but only recently have mycologists and entomologists recognized and had the techniques to study the intricacies of some of the associations. This new volume covers seven wonders of the insect-fungus world for which exciting new results have become available, often due to the use of new methods that include phylogenetic analysis and development of molecular markers. Eleven chapters of the volume are presented in two sections, Fungi that act against insects and Fungi mutualistic with insects that cover a number of major themes. Examples of necrotrophic parasites of insects are discussed, not only for biological control potential, but also as organisms with population structure and complex multipartite interactions; a beneficial role for symptomless endophytes in broad-leafed plants is proposed; biotrophic fungal parasites with reduced morphologies are placed among relatives using phylogenetic methods; complex methods of fungal spore dispersal include interactions with one or more arthropods; the farming behavior of New World attine ants is compared with that of humans and the Old World fungus-growing termites; certain mycophagous insects use fungi as a sole nutritional resource; and other insects obtain nutritional supplements from yeasts. Insects involved in fungal associations include--but are not limited to--members of the Coleoptera, Diptera, Homoptera, Hymenoptera, and Isoptera. The fungi involved in interactions with insects may be clustered taxonomically, as is the case for Ascomycetes in the Hypocreales (e.g., Beauveria, Metarhizium, Fusarium), ambrosia fungi in the genera ophiostoma and ceratocystis and their asexual relatives, Laboulbeniomycetes, Saccharomycetes, and the more basal Microsporidia. Other groups, however, have only occasional members (e.g., mushrooms cultivated by attine ants and termites) in such associations. The chapters included in this volume constitute a modern crash course in the study of insect-fungus associations.