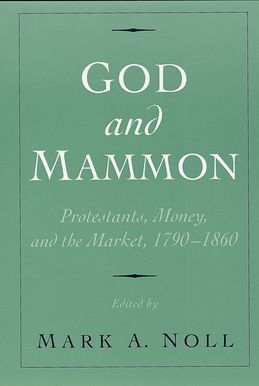 This collection of essays by leading historians offers a close look at the connections between American Protestants and money in the Antebellum period. During the first decades of the new American nation, money was everywhere on the minds of church leaders and many of their followers. Economic questions figured regularly in preaching and pamphleteering, and convictions about money contributed greatly to perceptions of morality both public and private. In fact, money was always a religious question. For this reason, argue the authors of these essays, it is impossible to understand broader cultural developments of the period--including political developments--without considering religion and economics together. In God and Mammon, several essays examine the ways in which the churches raised money after the end of establishment put a stop to state funding, such as the collection of pew rents and lotteries. Free-will offerings only came later and at first were used only for special causes, not operating expenses. Other essays look at the role of money and markets in the rise of Christian voluntary societies. Still others examine inter-denominational strife, documenting frequent accusations that theological error led to the misuse of money and the arrogance of wealth. Taken together, the essays provide essential background to a relationship that continues to loom large and generate controversy in American religious communities.