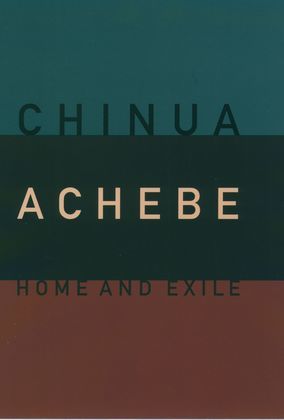 Chinua Achebe is Africa's most prominent writer, the author of Things Fall Apart, the best known--and best selling--novel ever to come out of Africa. His fiction and poetry burn with a passionate commitment to political justice, bringing to life not only Africa's troubled encounters with Europe but also the dark side of contemporary African political life. Now, in Home and Exile, Achebe reveals the man behind his powerful work.
Here is an extended exploration of the European impact on African culture, viewed through the most vivid experience available to the author--his own life. It is an extended snapshot of a major writer's childhood, illuminating his roots as an artist. Achebe discusses his English education and the relationship between colonial writers and the European literary tradition. He argues that if colonial writers try to imitate and, indeed, go one better than the Empire, they run the danger of undervaluing their homeland and their own people. Achebe contends that to redress the inequities of global oppression, writers must focus on where they come from, insisting that their value systems are as legitimate as any other. Stories are a real source of power in the world, he concludes, and to imitate the literature of another culture is to give that power away.
Home and Exile is a moving account of an exceptional life. Achebe reveals the inner workings of the human conscience through the predicament of Africa and his own intellectual life. It is a story of the triumph of mind, told in the words of one of this century's most gifted writers.