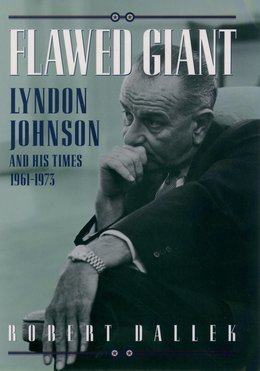 Flawed Giant--the monumental concluding volume to Robert Dalleks biography of Lyndon Baines Johnson--provides the most through, engrossing account ever published of Johnsons years in the national spotlight. Drawing on hours of newly released White House tapes and dozens of interviews with people close to the President, Dallek reveals LBJ as a visionary leader who worked his will on Congress like no chief executive before or since, and also displays the depth of his private anguish as he became increasingly ensnared in Vietnam. Writing in a clear, thoughtful, and evenhanded style, Dallek reveals both the greatness and the tangled complexities of one of the most extravagant characters ever to ascend to the White House.