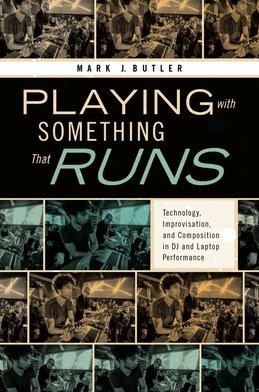 Playing with Something That Runs: Technology, Improvisation, and Composition in DJ and Laptop Performance

by Mark J. Butler (Author)
Excerpt
Nonfiction Arts Music Electronic
warning_amber
One or more licenses for this book have been acquired by your organisation details

Winner of the 2015 PMIG Outstanding Publication Award from the Society of Music Theory The DJs and laptop performers of electronic dance music use preexistent elements such as vinyl records and digital samples to create fluid, dynamic performances. These performances are also largely improvised, evolving in response to the demands of a particular situation through interaction with a dancing audience. Within performance, musicians make numerous spontaneous decisions about variables such as which sounds they will play, when they will play them, and how they will be combined with other sounds. Yet the elements that constitute these improvisations are also fixed in certain fundamental ways: performances are fashioned from patterns or tracks recorded beforehand, and in the case of DJ sets, these elements are also physical objects (vinyl records). In Playing with Something That Runs, author Mark J. Butler explores these improvised performances, revealing the ways in which musicians utilize seemingly invariable prerecorded elements to create novel improvisations. Based on extensive interviews with musicians in their studios, as well as in-depth studies of particular mediums of performance, including both DJ and laptop sets, Butler illustrates the ways in which technologies, both material and musical, are used in performance and improvisation in order to make these transformations possible. An illuminating look at the world of popular electronic-music performance, Playing with Something that Runs is an indispensable resource for electronic dance musicians and fans as well as scholars and students of popular music.