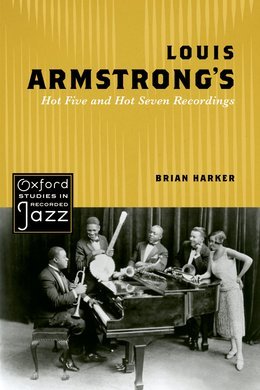 For jazz historians, Louis Armstrongs Hot Five and Hot Seven recordings mark the first revolution in the history of a music riven by upheaval. Yet few traces of this revolution can be found in the historical record of the late 1920s, when the discs were made. Even black newspapers covered Armstrong as just one name among many, and descriptions of his playing, while laudatory, bear little resemblance to those of today. Through a careful analysis of seven seminal recordings in this compact and engaging book, author Brian Harker recaptures the perspective of Armstrongs original audience without abandoning that of todays listeners. The world of vaudeville and show business provide crucial context to his readings, revealing how the demands of making a living in a competitive environment catalyzed Armstrongs unique artistic gifts. Invoking a breadth of influences ranging from New Orleans clarinet style to Guy Lombardo, and from tap dancing to classical music, Louis Armstrongs Hot Five and Hot Seven Recordings offers bold insights, fresh anecdotes, and, ultimately, a new interpretation of Louis Armstrong and his most influential body of work.