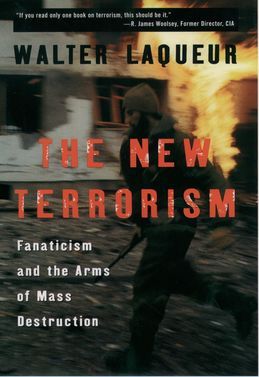 The New Terrorism: Fanaticism and the Arms of Mass Destruction

The destruction of the World Trade Towers demonstrates the horrifying consequences of a terrorist strike. But as technological advances make weapons of mass destruction frighteningly easy to acquire, a revolution is occurring in the very nature of terrorism--one that may make these attacks look like child's play.
In The New Terrorism Walter Laqueur, one of the foremost experts on terrorism and international strategic affairs, recounts the history of terrorism and, more importantly, examines the future of terrorist activity worldwide. Laqueur traces the chilling trend away from terrorism perpetrated by groups of oppressed nationalists and radicals seeking political change to small clusters of fanatics bent on vengeance and simple destruction. Coinciding with this trend is the alarming availability of weapons of mass destruction. Chemical and biological weapons are cheap and relatively easy to make or buy. Even nuclear devices are increasingly feasible options for terrorists. And with the information age, cyber terrorism is just around the corner. Laqueur argues that as a new quasi-religious extreme right rises, with more personal and less ideological motivations than their left-wing counterparts, it is only a matter of time before the attainability of weapons of mass destruction creates a terrifying and unstable scenario.
From militant separatism in Kashmir to state-sponsored extremism in Libya and ecoterrorism in the West, The New Terrorism offers a thorough account of terrorism in all its past and current manifestations. Most importantly, it casts a sober eye to the future, when the inevitable marriage of technology and fanaticism will give us all something new to think about.