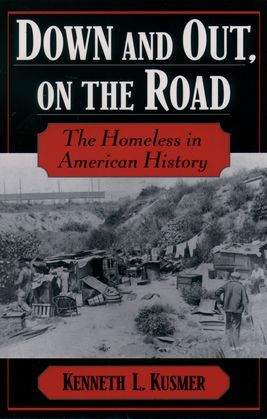 Down and Out, on the Road: The Homeless in American History

Covering the entire period from the colonial era to the late twentieth century, this book is the first scholarly history of the homeless in America. Drawing on sources that include records of charitable organizations, sociological studies, and numerous memoirs of formerly homeless persons, Kusmer demonstrates that the homeless have been a significant presence on the American scene for over two hundred years. He probes the history of homelessness from a variety of angles, showing why people become homeless; how charities and public authorities dealt with this social problem; and the diverse ways in which different class, ethnic, and racial groups perceived and responded to homelessness. Kusmer demonstrates that, despite the common perception of the homeless as a deviant group, they have always had much in common with the average American. Focusing on the millions who suffered downward mobility, Down and Out, On the Road provides a unique view of the evolution of American society and raises disturbing questions about the repeated failure to face and solve the problem of homelessness.