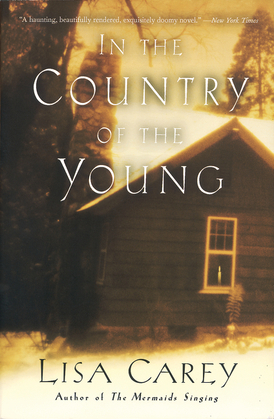 In the Country of the Young

On a stormy November night in 1848, a ship carrying more than a hundred Irish emigrants ran aground twenty miles off the coast of Maine. Many were saved, but some were not -- including a young girl who died crying out the name of her brother.

In the present day, the artist Oisin MacDara lives in self-imposed exile on Tiranogue -- the small island where the shipwrecked Irish settled. The past is Oisin's curse, as memories of the twin sister who died tragically when he was a boy haunt him still.

Then on a quiet All Hallows' Eve, a restless spirit is beckoned into his home by a candle flickering in the window: the ghost of the girl whose brief life ended on Tiranogue's shore more than a century earlier. In Oisin's house she seeks comfort and warmth, and a chance at the life that was denied her so long ago.

For a lonely man chained by painful memories, nothing will ever be the same again.