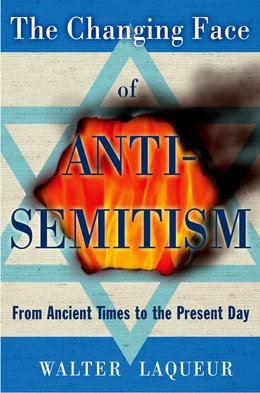 The Changing Face of Anti-Semitism: From Ancient Times to the Present Day

For thirty years the director of the Wiener Library in London--the leading institute for the study of anti-Semitism--Walter Laqueur here offers both a comprehensive history of anti-Semitism as well as an illuminating look at the newest wave of this phenomenon. Laqueur begins with an invaluable historical account of this pernicious problem, tracing the evolution from a predominantly religious anti-Semitism--stretching back to the middle ages--to a racial anti-Semitism that developed in the late 19th and early 20th centuries. The author then uses this historical account as backdrop to a brilliant analysis of the newest species of anti-Semitism, explaining its origins and rationale, how it manifests itself, in what ways and why it is different from anti-Semitism in past ages, and what forms it may take in the future. The book reveals that what was historically a preoccupation of Christian and right-wing movements has become in our time even more frequent among Muslims and left-wing groups. Moreover, Laqueur argues that we cant simply equate this new anti-Semitism with anti-Zionism and write it off as merely anti-Israel sentiments. If Israel alone is singled out for heated condemnation, is the root of this reaction simply anti-Zionism or is it anti-Semitism? Here is both a summing up of the entire trajectory of anti-Semitism--the first comprehensive history of its kind--and an exploration of the new wave of anti-Semitism. Walter Laqueur provides us with powerful new insights into an age-old problem. Distinguished scholarship and an authoritative moral voice are the hallmarks of this important book. Anyone wanting to understand the history and persistence of anti-Jewish hatred should read it. --Abraham H. Foxman, National Director, Anti-Defamation League