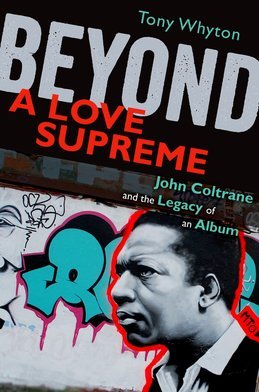 Beyond A Love Supreme: John Coltrane and the Legacy of an Album

Recorded by his quartet in a single session in 1964, A Love Supreme is widely considered John Coltranes magnum opus and one of the greatest jazz albums of all time. In Beyond A Love Supreme, Tony Whyton explores both the musical complexities of A Love Supreme and the albums seminal importance in jazz history. Marking Coltranes transition from the bebop and hard bop of his earlier recordings to the free jazz style perfected throughout the rest of his career, the album also embodies the deep spirituality that characterized the final years of his life. The titles of the four part suite--Acknowledgment, Resolution, Pursuance, and Psalm--along with the poem Coltrane composed for inclusion in the liner notes, which he recites instrumentally in Psalm, reflect the religious aspect of the album, a quality that contributes to its mystique and symbolic importance within the canon of major jazz recordings. But Whyton also shows how A Love Supreme challenges many of the traditional, unreflective assumptions that permeate jazz culture--the binary oppositions between improvisation and composition, black music and white music, live performance and studio recording. He critically examines many of the mythologizing narratives about how the album was conceived and recorded and about what it signifies in terms of the trajectory of Coltranes personal life. Sifting through the criticism of late Coltrane, Whyton suggests ways of listening to these recordings that go beyond the conventional ideologies of mainstream jazz practice and open the music to a wider range of responses. Filled with fresh insights into one of the most influential recordings in jazz history, Beyond A Love Supreme is an indispensable resource for jazz scholars, jazz musicians, and fans and aficionados at all levels.