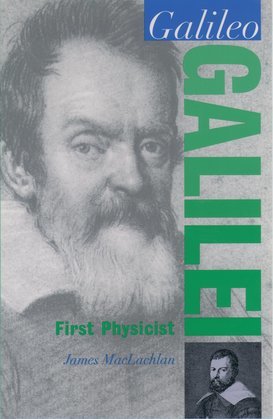 by James MacLachlan (Author)
Buy for $31.99 Excerpt
Nonfiction Juvenile Biography & autobiography Science & technology Science & nature Physics Astronomy
warning_amber
One or more licenses for this book have been acquired by your organisation details

The scientific innovations of Galileo Galilei are pivotal to our understanding of the laws of the natural world. Drawing on his diverse studies in philosophy, mathematics, mechanics, music, astronomy, and engineering, Galileo developed revolutionary theories that thoroughly changed the disciplines of physics, mathematics, astronomy, and technology. Galileo Galilei traces the great scientists education, describes his maverick experiments in Padua and Pisa, and recreates the ingenious pathway of his famous discoveries. Often censored and imprisoned for his radical ideas that clashed with fundamental Church doctrines, Galileo persisted in his pursuit of scientific truths to bestow upon future generations the inspiration to challenge conventional views. His theories about the motions of falling bodies, his study of pendulums, and his major discoveries in astronomy made with a self-built telescope are all clearly explained in this volume. Heavily illustrated with photographs, graphics, and technical schemes, Galileo Galilei also features a number of sidebars elucidating important details of the great mans contributions. Oxford Portraits in Science is a collection of scientific biographies for young adults. Written by top scholars and writers, each biography examines the personality of its subject as well as the thought process leading to his or her discoveries. These illustrated biographies combine accessible technical information with compelling personal stories to portray the scientists whose work has shaped our understanding of the natural world.