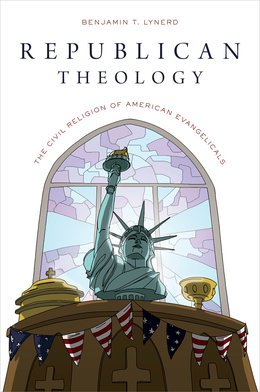 White evangelicals occupy strange property on the ideological map in America, exhibiting a pronounced commitment to the principle of limited government, and yet making a significant exception for issues relating to personal morality - an exception many observers take to be paradoxical at best. Explanations of this phenomenon usually point to the knotty political alliance evangelicals built with free-market types in the late twentieth century, but sermonic evidence suggests a deeper and longer intellectual thread, one that has pervaded evangelical thought all the way back to the American founding. In Republican Theology, Benjamin Lynerd offers an historical and theological account of the hybrid position evangelicals have long affected to hold in American culture - as champions of individual liberty and as guardians of American morality. Lynerd documents the development of a resilient, if problematic, tradition in American political thought, one that sees a free republic, a virtuous people, and an assertive Christianity as mutually dependent. Situating the recent rise of the New Right within this larger framework, Republican Theology traces the contentious political journey of evangelicals from its earliest moments, laying bare the conceptual tensions built into their civil religion.