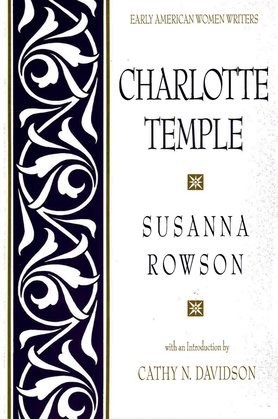 by Susanna Rowson (Author), Cathy N. Davidson (Editor)
Buy for $9.99 Excerpt
Fiction Classics Modern (<1799)
warning_amber
One or more licenses for this book have been acquired by your organisation details

The sentimental novels of the early national period were considered a danger to society and were criticized for the corrupting influence they had on the minds of their mostly young and female audience. They told tales of vice and intrigue that purported to be based on fact and also advocated the need for better female education that would prepare young women against sweet-talking seducers. Extremely popular in America after the Revolution and throughout the nineteenth century, Charlotte Temple and The Coquette were two of the most successful novels of the period. Reprinted here in their entirety, with Introductions by the literary scholar Cathy N. Davidson, they offer the modern student a glimpse at the earliest American popular fiction. Charlotte Temple, the most popular novel in America until Harriet Beecher Stowes Uncle Toms Cabin, went through over 200 editions. It tells of a beautiful English girl who at the age of 15 is courted by and runs away with a British lieutenant named Montraville. Susanna Rowson, the daughter of a British naval officer, was one of the most accomplished women of the early national period. Actress, song-writer, novelist, poet, dramatist, and essayist, she was also the founder of one of the most progressive academies for young women of her day. She remained best-known, however, for Charlotte Temple, a novel that promised to be of service to [the]...young and unprotected woman in her first entrance into life. In her Introduction, Cathy Davidson discusses the enormous popularity of the book and the life of Susanna Rowson, which was even more sensational than those of the characters depicted in the novel.