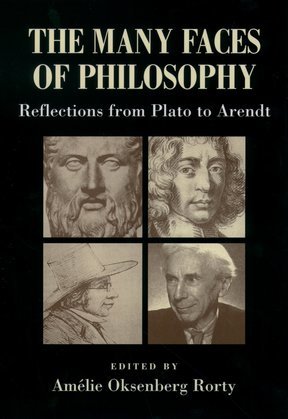 The Many Faces of Philosophy: Reflections from Plato to Arendt

Philosophy is a dangerous profession, risking censorship, prison, even death. And no wonder: philosophers have questioned traditional pieties and threatened the established political order. Some claimed to know what was thought unknowable; others doubted what was believed to be certain. Some attacked religion in the name of science; others attacked science in the name of mystical poetry; some served tyrants; others were radical revolutionaries.
This historically based collection of philosophers' reflections--the letters, journals, prefaces that reveal their hopes and hesitations, their triumphs and struggles, their deepest doubts and convictions--allow us to witness philosophical thought-in-process. It sheds light on the many--and conflicting--aims of philosophy: to express skepticism or overcome it, to support theology or attack it, to develop an ethical system or reduce it to practical politics. As their audiences differed, philosophers experimented with distinctive rhetorical strategies, writing dialogues, meditations, treatises, aphorisms. Ranging from Plato to Hannah Arendt, with contributions from 44 philosophers (Augustine, Maimonides, AlGhazali, Descartes, Pascal, Leibniz, Voltaire, Rousseau, Hobbes, Hume, Kant, Nietzsche, Kierkegaard, Wittgenstein, among others) this remarkable collection documents philosophers' claim that they change as well as understand the world. In her introductory essay, "Witnessing Philosophers," Amelie Rorty locates philosophers' reflections in the larger context of the many facets of their other activities and commitments.