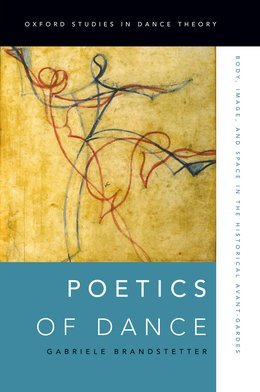 Poetics of Dance: Body, Image, and Space in the Historical Avant-Gardes

When it was first published in Germany in 1995, Poetics of Dance was already seen as a path-breaking publication, the first to explore the relationships between the birth of modern dance, new developments in the visual arts, and the renewal of literature and drama in the form of avant-garde theatrical and movement productions of the early twentieth-century. Author Gabriele Brandstetter established in this book not only a relation between dance and critical theory, but in fact a full interdisciplinary methodology that quickly found foothold with other areas of research within dance studies. The book looks at dance at the beginnings of the 20th century, the time during which modern dance first began to make its radical departure from the aesthetics of classical ballet. Brandstetter traces modern dances connection to new innovations and trends in visual and literary arts to argue that modern dance is in fact the preeminent symbol of modernity. As Brandstetter demonstrates, the aesthetic renewal of dance vocabulary which was pursued by modern dancers on both sides of the Atlantic - Isadora Duncan and Loie Fuller, Valeska Gert and Oskar Schlemmer, Vaslav Nijinsky and Michel Fokine - unfurled itself in new ideas about gender and subjectivity in the arts more generally, thus reflecting the modern experience of life and the self-understanding of the individual as an individual. As a whole, the book makes an important contribution to the theory of modernity.