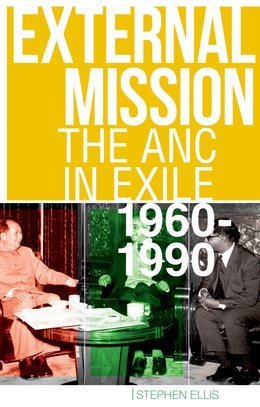 Nelson Mandelas release from prison in February 1990 was one of the most memorable moments of recent decades. It came a few days after the removal of the ban on the African National Congress; founded a century ago and outlawed in 1960, it had transferred its headquarters abroad and opened what it termed an External Mission. For the thirty years following its banning, the ANC had fought relentlessly against the apartheid state. Finally voted into office in 1994, the ANC today regards its armed struggle as the central plank of its legitimacy. External Mission is the first study of the ANCs period in exile, based on a full range of sources in southern Africa and Europe. These include the ANCs own archives and also those of the Stasi, the East German ministry that trained the ANCs security personnel. It reveals that the decision to create the Umkhonto we Sizwe (Spear of the Nation) -- guerrilla army which later became the ANCs armed wing -- as made not by the ANC but by its allies in the South African Communist Party after negotiations with Chinese leader Mao Zedong. In this impressive work, Ellis shows that many of the strategic decisions made, and many of the political issues that arose during the course of that protracted armed struggle, had a lasting effect on South Africa, shaping its society even up to the present day.