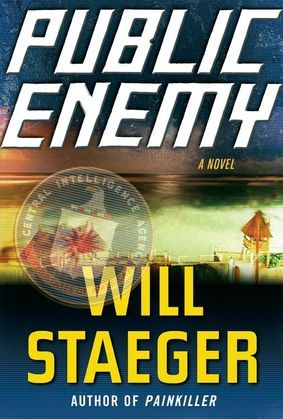 When quasi-retired CIA operative W. Cooper's routine of debauchery is interrupted by a request for his help in fencing millions of dollars in gold artifacts, Cooper doesn't see a downside—until, that is, everyone connected to the artifacts begins dying.

Crackerjack intelligence analyst Julie Laramie, meanwhile, is sent to a meeting with a former head of the CIA, who tells her the first case of a suicide bombing by an American citizen has occurred within the continental United States. A deadly filovirus was dispersed . . . and the "suicide sleeper" was not alone. Laramie is told to form her own civilian "counterterror unit"—and for the role of operative, she has no choice but to call in Cooper.

As the army of suicide sleepers and their leader are identified, Cooper must call upon the old-school skills he's tried for so many years to forget . . . and by the time he's dispatched for his most dangerous assignment yet, it may be too late for his mission to matter.