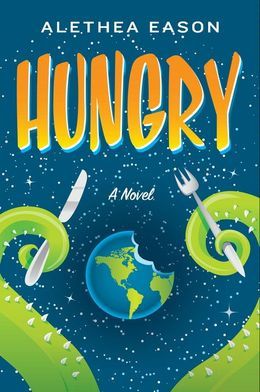 Deborah is starting to notice things about her best friend, Willy—like how cute he looks in his Halloween costume and the adorable way his red hair curls just above his collar. He's the coolest boy in sixth grade, and the closest friend she's got . . . that is, until her alien parents tell her she has to eat him for dinner. After all, she's an alien, too—even if she and her family do live in disguise.

Should she keep Willy alive and survive on forbidden hamburgers and chocolate . . . or point her tentacles at her best friend and gain approval from alien kind?

There are times when everyone feels like they're from outer space. A zany adventure and a close and sympathetic look at middle-school friendships and rivalries, Alethea Eason's wonderfully unique first novel satisfies that craving to fit in.