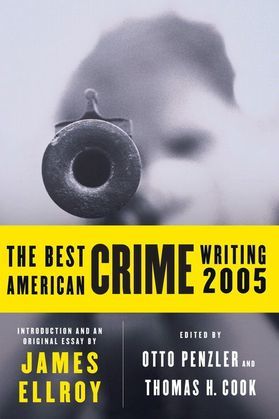 The 2005 edition of The Best American Crime Writing offers the year's most shocking, compelling, and gripping writing about real-life crime, including Peter Landesman's article about female sex slaves (the most requested and widely read New York Times story of 2004), a piece from The New Yorker by Stephen J. Dubner (the coauthor of Freakanomics) about a high-society silver thief, and an extraordinarily memorable "ode to bar fights" written by Jonathan Miles for Men's Journal after he punched an editor at a staff party. But this year's edition includes a bonus -- an original essay by James Ellroy detailing his fascination with Joseph Wambaugh and how it fed his obsession with crime -- even to the point of selling his own blood to buy Wambaugh's books. Smart, entertaining, and controversial, The Best American Crime Writing is an essential edition to any crime enthusiast's bookshelf.