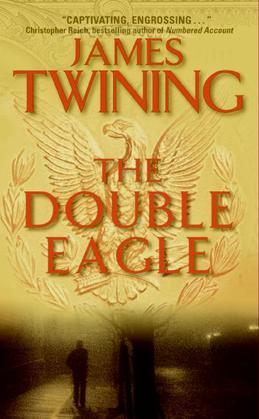 They are the most valuable coins on earth . . .
Only a handful still exist, each one worth millions . . .
Now they have vanished from an impenetrable
fortress . . . and the killings have begun.

Somehow, impossibly, someone has invaded Fort Knox and stolen five of the world's last remaining Double Eagles -- the $20 gold coin ordered destroyed by President Roosevelt during the Great Depression. Now, one has resurfaced during an autopsy in France -- in the stomach of a murdered priest.

Disgraced FBI agent Jennifer Browne needs to recover the priceless coins to resuscitate her stalled career -- and her investigation is pointing her toward Tom Kirk, a brilliant international art thief who wants to get out of the game. But Kirk's only chance for freedom -- and survival -- is to find the missing coins, joining Browne, an unlikely ally, on a breakneck race across the globe and into the lethal heart of a shocking conspiracy of greed and power . . . and death.