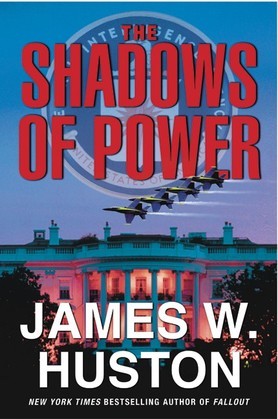 The Shadows of Power

Lieutenant Ed Stovic, an F/A-18 pilot, is vectored to intercept Algerians who are defending their newly claimed two-hundred-mile territorial limit. During a dramatic, high-stakes dogfight, the Algerians open fire and Stovic shoots down one of the Algerians' MiGs, its pilot tumbling to a fiery death in the Mediterranean. Stovic is hailed as a hero, and he sees this as the perfect moment to help him achieve his life-long dream—flying with the world-famous Blue Angels, the Navy's elite flight demonstration team.

Ismael Nezzar, the brother of the deceased Algerian pilot, is in the U.S. on a student visa. He sees the boastful Stovic on the Today show and is enraged by his glibness. While attending his brother's funeral—the biggest event in Algeria in a decade—Ismael is coerced by a group of Islamic radicals to seek revenge for his brother's death. Though he withdrew from the powerful group years before, Ismael is filled with fury and will stop at nothing to destroy Stovic.

Unknown to either of these two men, Kent Rathman has been assigned by a highly placed government official to watch them. Working in the shadows, Rat moves easily among government agencies and is ordered by his White House contacts—including the President and the NSA director, who has plans to bring about a change of power on her own—to stop the Algerian. To save his country and his friend, Rat must devise a brilliant counterstrike—a mission in which failure means certain death.

Packed with deadly intrigue, Beltway power plays, and high-flying adventure, The Shadows of Power is Huston's most exciting novel yet. Combining his knowledge of how things work in Washington with his expertise on military hardware, Huston has written an electrifyingly realistic tale of international terrorism and American triumph.