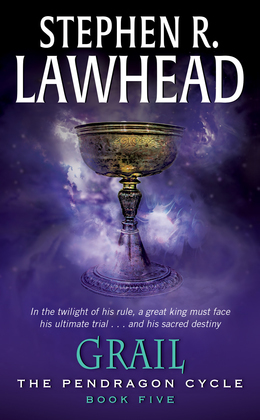 A great king faces the ultimate challenge: a dangerous quest through realms of magic and the undead toward a confrontation with his destiny

Drought, plague, and war have left the Isle of the Mighty battered and its heart, the beloved Arthur, grievously injured—until a secret relic is brought before the dying King; a Holy Grail that heals his wounds and restores his vigor.

But soon evil enters the royal court in the guise of a beautiful maiden; a soulless, malevolent force capable of seducing the King’s loyal champion, confounding the sage whom some call Merlin, and carrying the sacred Grail—and Arthur’s adored Queen—off into the dark unknown.