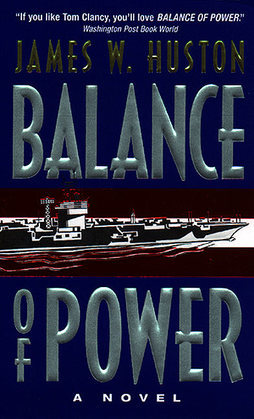 Balance of Power: A Novel

Off the coast of Indonesia, an American cargo ship has been seized by terrorists, its captain kidnapped and its crew mercilessly slaughtered. In Washington, a peace-loving President's refusal to punish the transgressors has enraged the sitting Congress, led by a wrathful Speaker of the House.

An ambitious young congressional assistant, Jim Dillon has discovered a time bomb hidden away in America's Constitution—a provision that could be used to wrest power from the Chief Executive, a long-forgotten law that could incite a devastating constitutional crisis . . . and plunge the country into chaos.

Now, as a battle group steams toward a fateful confrontation in the Java Sea—commissioned by Congress and opposed by the President—Dillon finds himself in the center of a firestorm that rages from the highest court in the land to the killing fields half a world away. Suddenly there is much more at stake than the life of a single surviving hostage and a superpower's military credibility—as a great nation prepares for war . . . against itself.