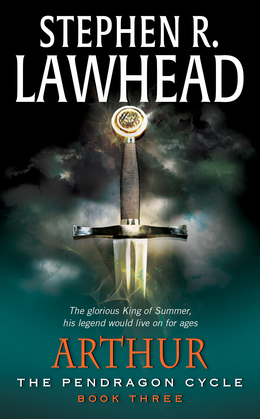 In a forgotten age of darkness, a magnificent king arose to light the land

They called him unfit to rule, a lowborn, callow boy, Uther’s bastard. But his coming had been foretold in the songs of the bard Taliesin. And he had learned powerful secrets at the knee of the mystical sage Merlin.

He was ARTHUR—Pendragon of the Island of the Mighty—who would rise to legendary greatness in a Britain torn by violence, greed, and war; who would usher in a glorious reign of peace and prosperity; and who would fall in a desperate attempt to save the one he loved more than life.