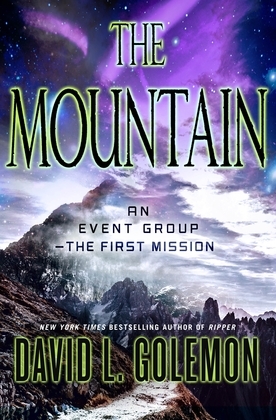 In 1863 a meeting takes place between legendary war leaders--a secret alliance that will never show up in any American history books. A clandestine arrangement has been struck for a single chance to heal a war-torn nation. The mission is to bring the greatest prize in the world back to American soil-remnants of pre-history's greatest ship and most startling mystery. The prize may lie on a mountain top inside the fierce Ottoman Empire, yet the men who seek it are only days away from trying to kill one another.

In 2007, America's darkest agency known to only a privileged few as the Event Group, has been tasked by the President to bring home a famous former astronaut who was on a mission to bring back the greatest biblical artifact-Noah's Ark. It will be up to the newly-installed Director of Security at Department 5656, Major Jack Collins and his team of brilliant men and women, to rescue the archeological expedition from forces that will kill to keep the mysterious artifacts inside the territorial borders of Turkey.

THE MOUNTAIN is the latest entry in a series that ratchets up the suspense with each new installment. Combining the action of James Rollins and Matthew Reilly, David L. Golemon sets the bar even higher with his New York Times bestselling series.