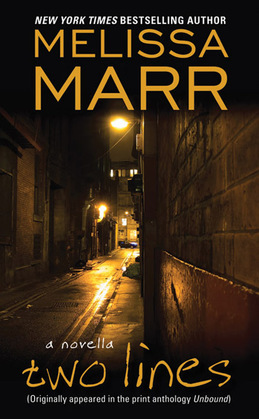 Or at least that's what Eavan tells herself. Though Eve knows she is a Glaistig, and that hunger for sex and death -- preferably together -- runs in her blood, she is determined to keep herself human. She will turn full Glaistig only in the event that she engages in both sex and murder within one month -- and so far she's managed to avoid both.

But staying away from temptation is harder than ever before. A mysterious man -- as seductive as he is dangerous -- has been drugging and taking advantage of girls in the local night clubs and Eve's determined to stop him, even as she's finding it increasingly difficult to control her warring instincts around him. When her grandmother calls in alluring mortal to watch over Eve, Eve may be pushed beyond her limits.

Can Eve hang onto her mortality when Glaistig instincts run in her blood? Can she keep herself safe and human, both? Two lines are all that stand between who she is and who she wants to be . . . and Eve will need all her self-control not to cross them both.