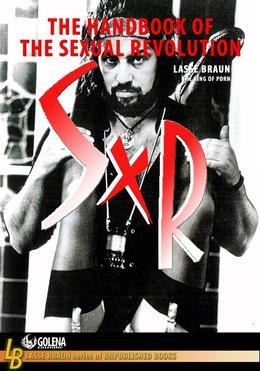 Handbook of the sexual revolution

The “Handbook of the Sexual Revolution” is a collection of provocative writings by Lasse Braun (a.k.a. LB) who’s known as one of the most enterprising sexual revolutionaries of the last four decades of the 1900s.
Not only he conducted and promoted a liberal heterosexual life from very early age, but he wrote, produced, directed and distributed sexually explicit adult books, magazines and shocking pornographic movies in Europe and in the USA from the mid-sixties (when pornography was still illegal all over the world) to the end of the 20th century.
The most attracting feature of this Handbook lays in the full disclosure of the revolutionary principles, the goals and the programs which humankind will have to embrace pretty soon in order to achieve meaningful cultural and sexual liberation before full unconditioned surrender of all liberties. A variety of essays on several related topics such as Prostitution, Fetishes & Fantasies, G-Spot Sex and others, are also published in the Handbook in order to complement LB’s uncompromising philosophy.