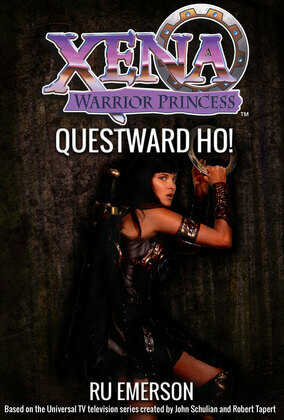 Reunited at last, Xena, Warrior Princess, her apprentice, the bard Gabrielle, and the annoying but well-intentioned Joxer the Mighty, are on an epic voyage to find Helen of Troy—who has been in hiding since the end of the Trojan War. But while Joxer believes he is on a quest to recover a stolen artifact for King Menelaus, Xena and Gabrielle hope only to warn Helen in time to escape again.

As their quest takes them across the seas, Xena and Gabrielle fight to stay one step ahead of Menelaus and his evil priest, Avicus . . . only to discover that they themselves are being tracked by another “hero”—the warlord Draco.

Based on the hit television series, Xena: Warrior Princess, created by John Schulian and Robert Tapert, Questward Ho! continues the story of Xena and her trusted companion, Gabrielle, as they fight to protect the innocent and to redeem Xena’s troubled past. The quest for Helen of Troy comes to an explosive conclusion in How the Quest Was Won.