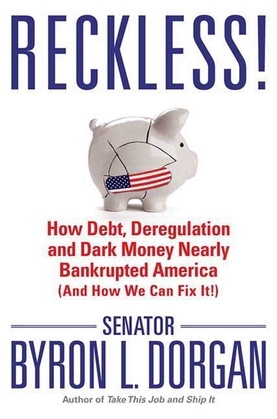 As one of only eight senators to vote against bank deregulation, Byron Dorgan warned America that a free-market system left unchecked is like a driving a car at ninety miles per hour without brakes. With the recent financial collapse having proven him right, Dorgan exposes this modern-day carnival of greed and calls out the corporate executives who reap millions and even billions as a "reward" for self-interest and mismanagement. More poignantly, he argues that public officials we elect to represent the best interests of the people have sold us out, as government has become a partner to Big Oil, Big Media, and Big Pharma.
In his prairie-populist voice peppered with incisive wit, Dorgan argues that we must rescue the economy from the influence of financial conglomerates and power brokers, and to hold our public officials accountable for regulating the economy.