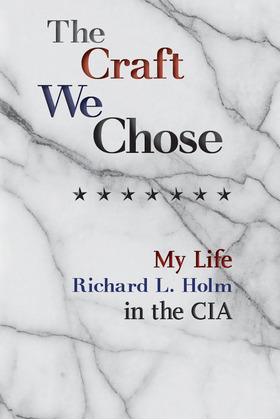 The Craft We Chose: My Life in the CIA

by Richard L. Holm (Author)
Buy for $12.99 Excerpt
Nonfiction Biography & autobiography Historical
warning_amber
One or more licenses for this book have been acquired by your organisation details

Many books, fiction and nonfiction alike, purport to probe the inner workings of the U.S. Central Intelligence Agency. Many attempt to create spine-tingling suspense or allege that America's civilian spy operation has run amok and been infested with rogues and criminals. Not that The Craft We Chose lacks suspense, harrowing encounters or its
own share of villains.

But this book is different. In fact it's unique–a straightforward, honest, surprisingly captivating memoir by one of the CIA's most well-known and honored career officers.

For more than three decades, Richard L. Holm worked in the agency's Directorate of Operations–now the National Clandestine Service–the component directly responsible for collecting human intelligence. His assignments took him to seven countries on three continents, and his travels added many more destinations. At almost every turn Holm encountered his share of dangerous characters and situations, including one that nearly ended his life before he turned 30.

The Craft We Chose is more than a chronicle of those episodes. It also reveals Holm's private life, his roots and family, his courtship and marriage, and his four daughters, whom he affectionately calls his "platoon."

Webster's Dictionary defines the word "holm" as an island in a stream. That is an appropriate analogy. The Craft We Chose reveals Richard Holm as an island of steadfastness in a stream of chaos. He served his country with distinction, in good times and bad, displaying extreme courage under the direst of circumstances and a sense of honor that can only be considered unshakeable. And he describes it all with a keen eye and a distinctive wit. His is a classic American story that conveys, vividly and unforgettably, a life in the CIA.