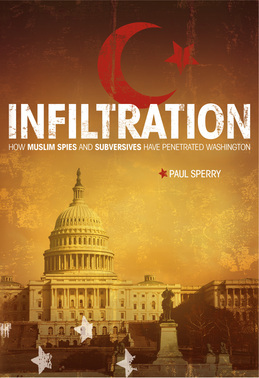 The most sinister terrorists won't be sneaking through our borders from the Middle East.

This is the untold story about the silent, yet extremely dangerous threat from the Muslim establishment in America?an alarming exposé of how Muslims have for years been secretly infiltrating American society, government, and culture, pretending to be peace-loving and patriotic, while supporting violent jihad and working to turn America into an Islamic state.

In this powder keg of a book, you'll learn:

In a time when religious and political leaders are scrambling to smooth over differences in faith and beliefs, this book gives the terrifying truth abaout the very real, very deadly agenda of Islam and how it has already infiltrated key American institutions with agents, spies, and subversives.