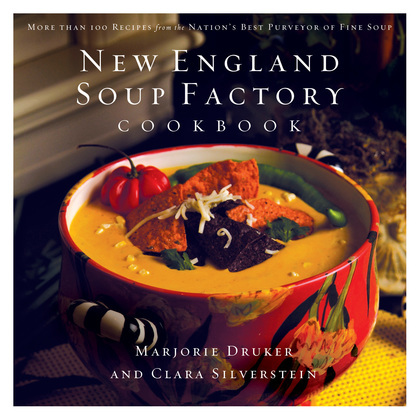 by Marjorie Druker (Author), Clara Silverstein (Author)
Excerpt
warning_amber
One or more licenses for this book have been acquired by your organisation details

More than 100 of the best soup recipes Boston has to offer accompanied by fun stories and beautiful full-color photography.

Marjorie Druker is passionate about soups. She fell in love with soups when she first heard the story Stone Soup. After attending Johnston & Whales, Marjorie created the menu for the popular Boston Market restaurant chain, and soups were always her favorite. "My niche is taking what people like to eat and turning it into a soup," she says.