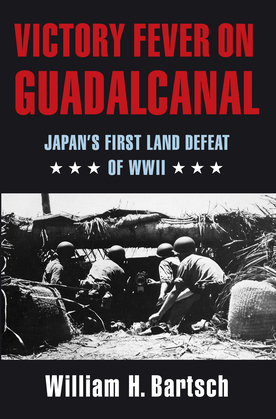 by William H. Bartsch (Author)
Buy for $9.99 Excerpt
Nonfiction History 1945-1989 History by country United States
warning_amber
One or more licenses for this book have been acquired by your organisation details
Following their rampage through Southeast Asia and the Pacific in the five months after Pearl Harbor, Japanese forces moved into the Solomon Islands, intending to cut off the critical American supply line to Australia. But when they began to construct an airfield on Guadalcanal in July 1942, the Americans captured the almost completed airfield for their own strategic use.

The Japanese Army countered by sending to Guadalcanal a reinforced battalion under the command of Col. Kiyonao Ichiki. The attack that followed would prove to be the first of four attempts by the Japanese over six months to retake the airfield, resulting in some of the most vicious fighting of the Pacific War.