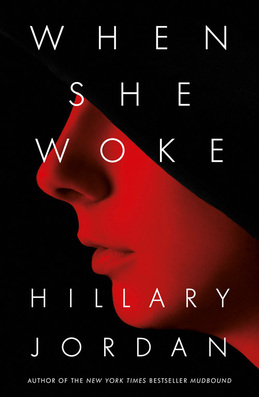 Hannah Payne is a RED.

And her victim, says the state of Texas, was her unborn child.

Lying on a table in a bare room, covered by only a paper gown, Hannah awakens to a nightmare. Cameras broadcast her every move to millions at home, for whom observing new Chromes - criminals whose skin has been genetically altered to match the class of their crime - is a sinister form of entertainment.

Hannah refuses to reveal the identity of her father. But cast back into a world that has marked her for life, how far will she go to protect the man she loves?

An enthralling and chilling novel from the author of MUDBOUND, for fans of THE HANDMAID’S TALE and THE SCARLET LETTER.