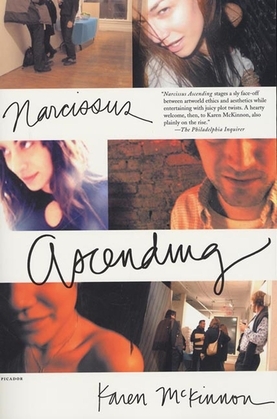 Becky, Hugh, Dahlia, and Max. Friends who have formed a dysfunctional but necessary surrogate family. Callie, the crisis-prone, vivid, manipulative chameleon whose friendship has damaged them all individually but who still haunts their waking and sleeping dreams.

Becky, orphan, survivor, caffeine addict, on the verge of 30 and hoping to become famous with her first solo show of dismemberment collages in New York's East Village. Hugh, now a CPA in California, once the most sophisticated undergrad and object of Becky's frustrated desire and rivalry with Callie. Max, all leather, brooding and disguise, the actor who Callie left Hugh for, and who also had an affair with big-hearted, victimized dancer, Dahlia.

For as long as they have known each other their common language has been Callie?past tense. When Dahlia plots a revenge drama to be staged at Becky's gallery opening, she unwittingly revives their nostalgia for the outcast Callie's seductive charm and sets in motion a plan that forces Becky and Callie to play out their lethal emotional rivalry to the end. Told from the point of view of Becky, Narcissus Ascending is an unputdownable debut. Karen McKinnon's dissection of friendship, and the manipulative rivalry of two strong women is provocative and disturbing.