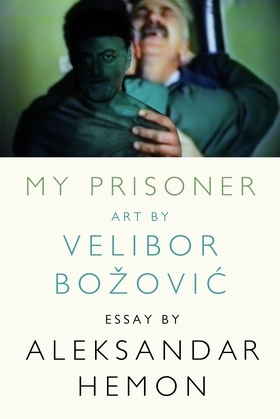 When Aleksandar Hemon and Velibor Bo?ovic became friends as teenagers in Sarajevo, it was, in Hemon's words, "pretty clear that our friendship was for life, even if we could have no notion of what lay ahead of us."

In the coming years, it became clear that their future was going to be entirely unlike anything they might have imagined. Their beloved city was ripped to shreds by ethnic violence, its citizens suffering the longest siege in the history of modern warfare. Hemon was trapped abroad, in Chicago, when the siege began, and unable to return home, he watched in despair, alone and helpless, as the war unfolded in headlines and TV dispatches. Bo?ovic, meanwhile, was trapped in Sarajevo with his family. As the conflict accelerated, he was conscripted into the Bosnian Army-even as his father, who had served in the Yugoslav People's Army since long before their country split apart, was being held in a Bosnian POW camp.

In his essay "My Prisoner," Hemon tells Bo?ovic's story of life in Sarajevo during the siege. His account revolves around one particular incident in the middle of the war when Bo?ovic was offered the chance to visit his father in the POW camp-though not, of course, without an onerous quid pro quo.

Almost twenty years later, in 2012, Hemon and Bo?ovic are still friends for life. Hemon is now a writer in Chicago; Bo?ovic is a photographer in Montreal. Hemon has traveled to Canada with his daughter to see his friend's art installation, My Prisoner, about that wartime reunion with his father. In this special ebook edition, both versions of "My Prisoner" are presented together. The result is a unique and extraordinary literary and artistic experience.

Note: Hemon's essay appears in the Picador paperback and ebook editions of The Book of My Lives. Bo?ovic's My Prisoner appears only in this enhanced ebook.