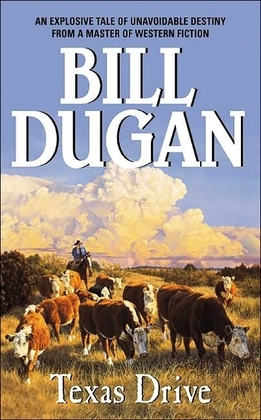 The War Between the States changed the Cotton brothers forever -- giving Johnny a mean streak a mile wide, and leaving Ted with a determination never to kill again. Even an attack on their Texas ranch by Comanche renegades won't stir Ted Cotton to action, opening a rift between him and his hotheaded sibling that nothing can heal. But when Johnny takes off alone on a trail drive to Kansas and pays the ultimate price for his recklessness, Ted is forced to reconsider his peaceful ways and take up his guns again. Because there's a different kind of war brewing on the north side of the Arkansas River -- and Ted Cotton can no longer avoid the kind of bloody violence that sickened him when he wore the gray ... now that shooting is the only way out.