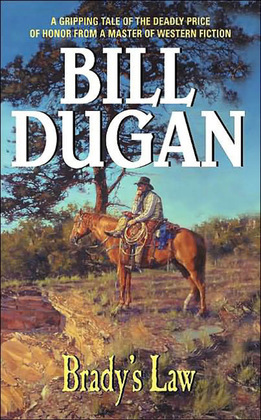 Justice is a Bloody Road

Dan Brady never claimed to be a hero -- just a weary ex-soldier who came west for a new life. All he desires is to raise horses on hard New Mexico land with his family, and to forget a past that haunts him still. But he's the only witness to a cold murder in town, and he knows without his testimony the killers will ride free. Which means suddenly he's got the last thing he wants or needs: an enemy who'll stop at nothing, even if it means destroying the people Brady loves. A man who believes in truth -- and in a justice he won't get from the law -- Dan Brady's about to learn just how much he truly has to lose…and how much of the fighter is still inside him when he sets off to extract his vengeance in outlaw blood.