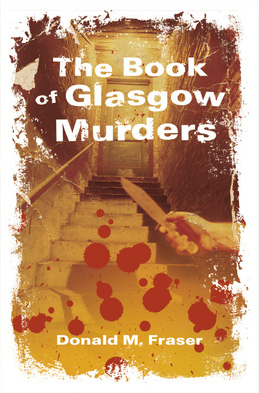 by Donald M. Fraser (Author)
Nonfiction Social science Political science Political freedom & security Law enforcement
Glasgow is no different from any other city when it comes to crime, and in particular, murder.
In this remarkable collection of lesser-known murder stories from both sides of the Second World War, Donald M. Fraser has trawled the public records, newspapers and court proceedings of the day to bring to life a Pandora's Box of killing in and around the city.
The cases start in 1919 in the East End with the murder of a policeman and conclude with the Glasgow Green and Queens Park murders from 1958-60. He also brings to life the Clydesdale Bank murder which took place in Clydebank in 1931 and reveals, for the first time, the identity of the person responsible for the crime.
The despicable killing and dismemberment of a mother is revealed in the Agnes Arbuckle case of 1927 when she was murdered for a £100 insurance claim. Her son was hanged for his trouble. The Carraher murders of 1938 and 1946 show the trail of havoc wrought by one man who was convicted of two murders, seven years apart and amongst the unsolved crimes are the triple murders on Glasgow Green between 1958 and 1960 and the murder of little Betty Alexander in 1952.
Many of these murders have only been made public through the newspaper reports of the day and are previously unpublished in book form. This is grim, gritty murder writing set against the backdrop of the 20th-century Glasgow that was mean and moody, before it was made over into a modern city that is now feted around the world.