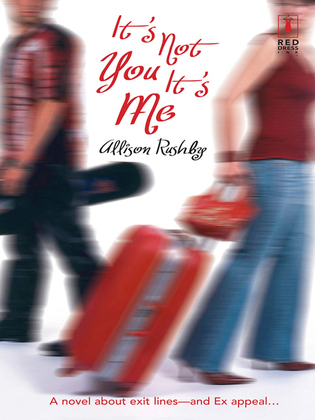 It's Not You It's Me (Mills & Boon Silhouette)

She's heard all the lines. Now it's time for the truth!

Charlie has to keep pinching herself to believe she's leaving Australia for a trip to Europe–a generous gift from her family, who know how tough her life has been lately. But the last person Charlie expects to bump into on the plane is Jasper Ash, international celebrity, rock-star sex-god–and Charlie's former best friend, flatmate and…almost-lover!

It's been three years since Charlie impulsively jumped into bed with Jas, then a struggling student. But their nearly-one-night stand had just been warming up when Jas began the male "backing off" ritual, practically sprinting out the door with the classic excuse, "It's not you, it's me." Yeah, right. Everyone knows what that means: It is you! Not pretty enough, not successful enough–just not enough.

Charlie has dealt with it–and a whole lot more–but the unanswered questions still niggle. Acting on impulse once again, she invites Jas to join her own European tour! And as they share hotel rooms, play at being tourists and dodge Jas's determined groupies, it becomes clear they're both at a crossroads in life. Before they can move on, they finally have to deal with the unfinished business between them–starting with a serious conversation about that night.