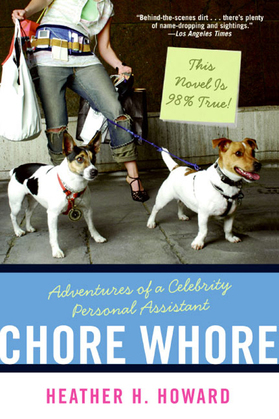 I have been used, abused, lied to, and cheated on, blamed, shamed, screamed at, and ridiculed. I've been scammed and damned, had my ass kissed, my reputation dissed, and my face spat on. All in the name of working as a celebrity personal assistant . . . a CHORE WHORE!

After twenty years of working thanklessly for a dozen high-powered Hollywood hotshots, Corki Brown has had enough. She's sick to death of handling elaborate extortion deals, washing groupies' dirty underwear, and having to whip up intimate dinners on no notice for spoiled stars, each with his or her own bizarre dietary demands. And now her ten-year-old son is starting to exhibit some disturbing signs of Tinseltown weirdness. It's time to get out, but escape won't be easy. . . .